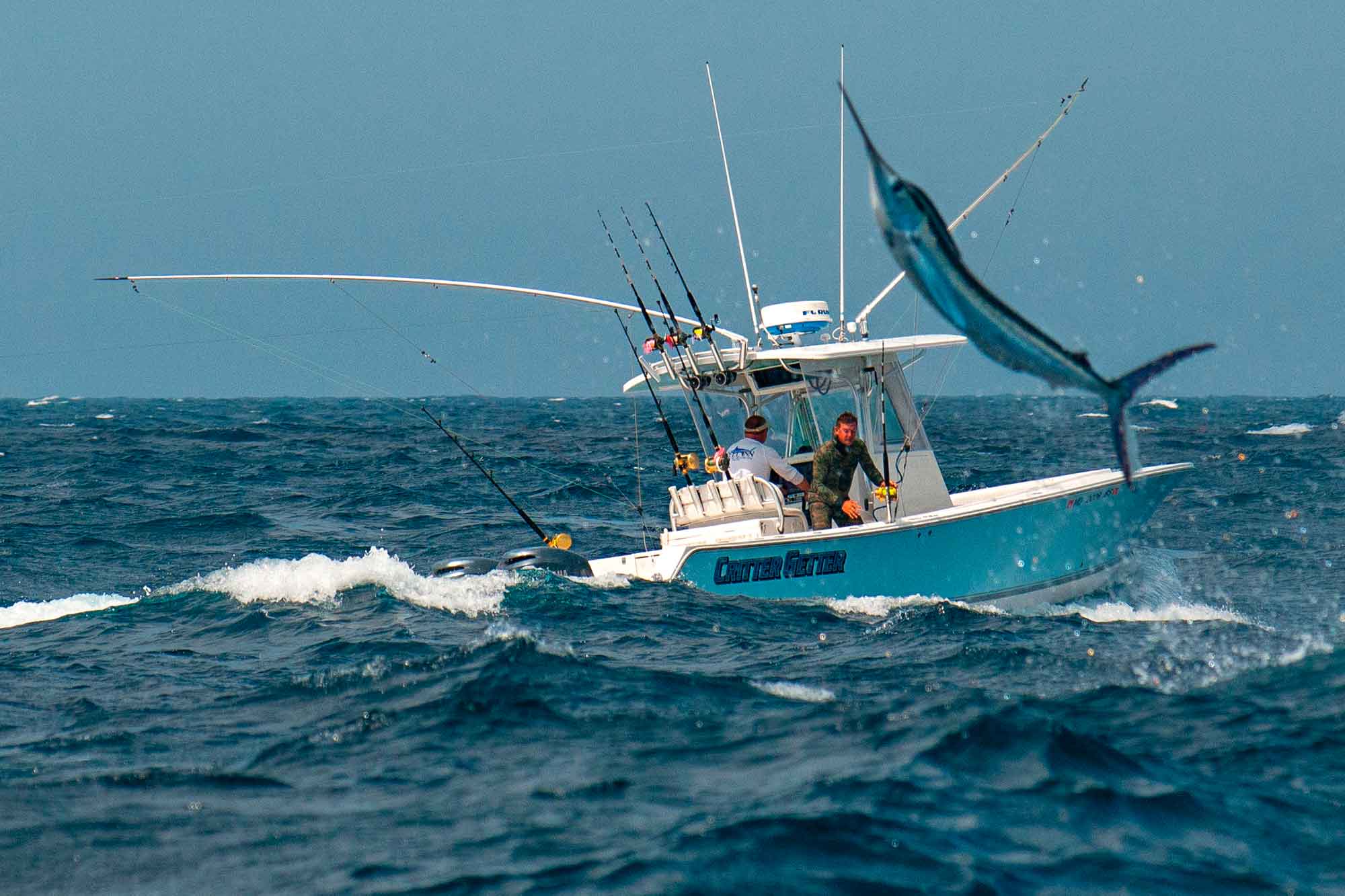 Ring trawlers are generally slender in shape with a working deck at the stern, a wheelhouse, accommodation at the bow, and a slipway structure at the stern for storage and launching of skiff boats. These ships are the largest group from small to open ocean-going vessels.

A Trawler is a ship designed to tow the trawler behind the ship. In general, trawlers have a working deck at the stern, except for ships modified from other vessels (commercial vessels) used to operate side trawlers. Stern trawlers and side trawlers may be used for basic, mid, and surface trawling.

A beam trawler is a vessel that operates a barbed or framed trawler using multiple rigs, similar to a double rig trawler. This vessel is designed to operate two or more framed trawlers.

The rake trawler is included in the basic drag trawler category. This ship is designed to operate a dredge as a collection of shellfish on the seabed by pulling them behind the ship. The large dredger ships are equipped with gallows rigs on each side of the ship.

Lift Netter is a ship designed and equipped with equipment used to operate large lift nets. This equipment is arranged on deck to raise and lower the lift net on the starboard and starboard hull alternately. These ships are also equipped with lights to attract fish both on the surface and underwater (underwater fishing lamps).

Gill netters are ships that are designed very simply, generally small in size and have an open deck, to large ones that operate in the open ocean. Because the size of the ship is very varied, from small to ships that are operated in the open sea. This type of ship does not require much arrangement and fishing equipment. Small gillnet ships generally have a steering room at the rear which also functions as an accommodation space, if using the inboard engine the engine is located directly under the wheelhouse. The fishing gear used is only a net hauler.

The angler stands or sits on the playing decks installed around the vessel outside the Bulkwark. The steering room and accommodation are placed at the stern (aft). Palkah is placed in the middle of the ship.

Pole & line boats are equipped with live bait tanks and water sprayers to attract or distract fish. Large pole & line vessels are equipped with a refrigeration system to store catches. Meanwhile, for small vessels with a daily operating system (one-day fishing), it is sufficient to preserve the caught fish by using ice.

Longline ships are ships equipped with fishing rods. The type of long-line ship is distinguished between European and Japanese types. The European type operates all stages of the operation at the stern, while the Japanese setting from the stern and hauling at the bow. The same applies to ships from the Philippines, Taiwan, and Thailand. Each country has its characteristics. However, the principle of operation is not much different.

A trolling vessel is a vessel that catches fish with a fishing rod that is pulled along the surface. The size of the tugboats varies from small ones with open decks to large ones equipped with a refrigeration system with a length of 25 – 30 meters. The operating time can be daily or even monthly to catch large pelagic fish that swim near the surface. Generally, the ship is driven by engines but is also attached to sails to maintain course while towing.

Many small tugboats that are commonly operated in Indonesia still use sails, especially those operating around the Karimun Jawa and Bawean Islands. Both large and small ones generally use booms mounted on either side of the ship, except for trolling which is used for sport fishing.