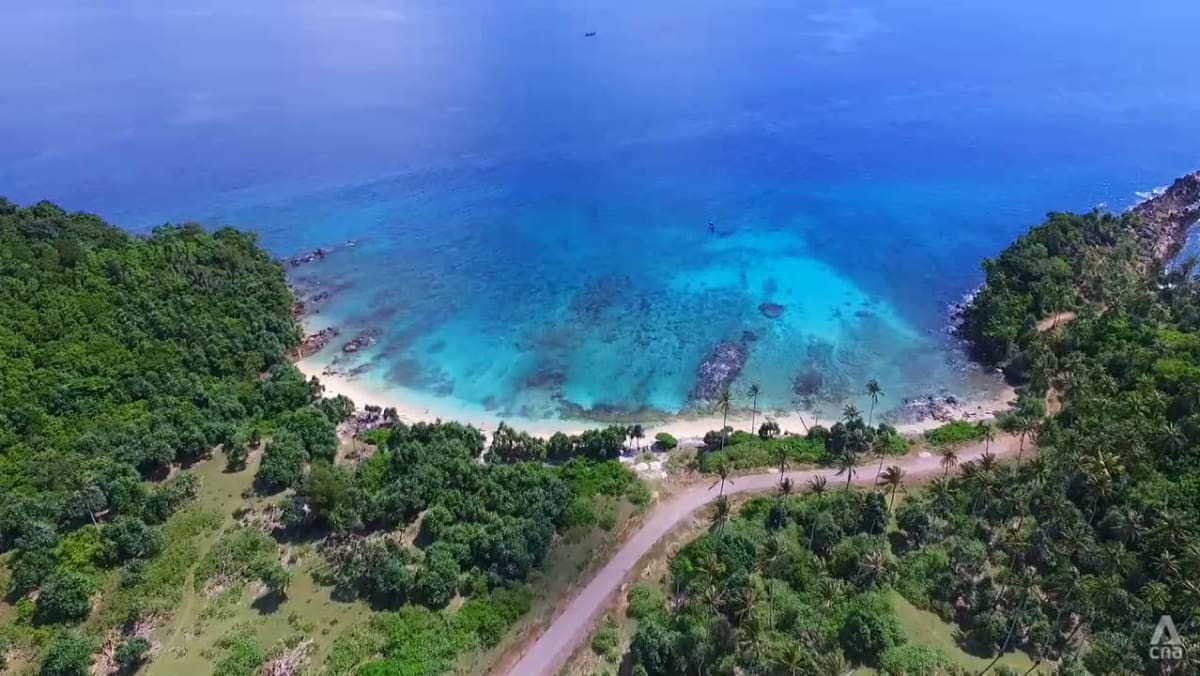 Friends, do you know, where is Natuna Island?

Natuna Island is part of the Riau Archipelago Province in the Sumatra region.

Do you know? Natuna Island has abundant natural wealth, especially the wealth of the sea. It turns out that Natuna’s wealth is not only due to its marine life, lo. What are the natural resources on Natuna Island, right?

Come on, let’s find out!

The Natuna Sea Area is Vast and Rich in Marine Life

Natuna Island is an island group consisting of the islands of Bunguran, Sedanau, Mindai, Pulau Laut, and Pulau Tiga. This island cluster is included in the Natuna Regency area, which we know as the Natuna region.

In Natuna Regency, there is one more island cluster beside the Natuna Island Cluster, namely the Serasan Island Cluster which consists of the islands of Serasan, Subi Besar, and Subi Besar. The Natuna region borders the territorial waters of neighboring countries. Natuna is known for its natural wealth. Just imagine, Natuna has about 99 percent of the sea area! This makes the potential of the Natuna sea very large.

Due to the vast sea area, Natuna is also a habitat for thousands of species of fish and other marine beings. The types of marine life there are also very diverse, friends. Therefore, many fishermen go to the sea there to catch fish.

The Most Catched Types of Fish in Natuna

Although the marine wealth is very large, fishermen must comply with the applicable fishing rules, namely catching fish within the allowed limits. So, not all fish living in Natuna can be caught. This is done so that the preservation of nature is maintained, friends.

In Natuna, the most caught types of fish are pelagic fish and demersal fish. Pelagic fish are fish that live on the surface of the water and have a depth of about 0-200 meters below sea level. This type of fish lives in groups.

Well, and for demersal fish, are kind of fish that mostly live on the seabed to find food and breed.

In addition to the two types of fish, there are many other types of fish and other marine products that can be found there, such as grouper, mackerel, whitefish, tiger prawns, crabs, squid, and cuttlefish.

Other Natural Wealth in Natuna

In addition to being a habitat for various marine biota, Natuna also has natural gas reserves under the sea. This natural gas is useful as a source of energy for generating electricity.

In fact, there are so many gas reserves that are referred to as giant gas reserves in the Asia Pacific region. Natuna also has large oil reserves in the sea. There we can visit beaches and headlands that are beautiful and clean. Some of them are Cemaga Beach, Batu Madu, Tanjung Datuk and Tanjung Senubing.