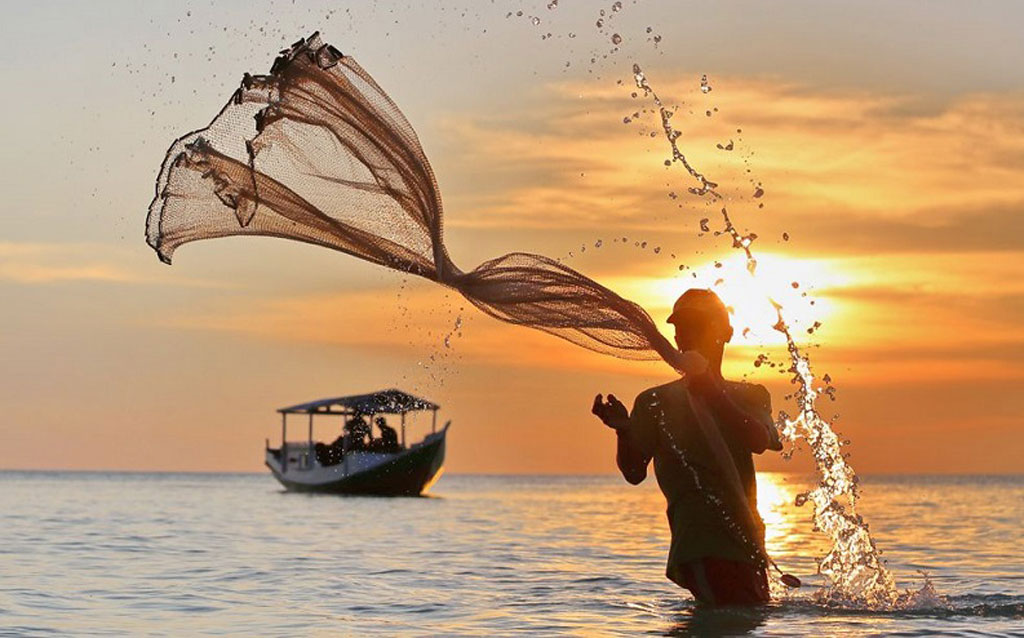 Film is a form of cultural product whose presence is able to make the audience chuckle, laugh, and cry to anger. Whether it comes from a true story or a mere imagination, movies are able to touch our deepest selves. Talk about story ideas, they can come from anywhere. No exception from the life that we see every day. Like the five films that raise the theme of fishermen’s lives, both in Indonesia and abroad. This film is based on the true story of a group of fishermen who were sailing in search of fish in the open waters. This group of fishermen, consisting of the captain of the boat, Andrea Gail, Bobby, Billy, Dale, and David, was desperate because when they went to sea, only a few fish were caught. They also decided to sail once again to another place called Flemish Cap and got a lot of catch. But unfortunately, fishing activities turned scary when suddenly bad weather hit, the ship’s ice machine to cool the fish was damaged until the ship they were riding overturned 360 degrees.

In The Heart Of The Sea

It is also a film based on the true story of the sinking of the whaling ship Essex in the 1840s. When it was difficult to find whales in the Atlantic Ocean, the ship Essex moved west after hearing a collection of hundreds of sperm whales living in the middle of the Pacific Ocean. The warning of a monster whale capable of striking back against the whalers was taken for granted. When they were harvesting whales in the middle of the ocean, a monster whale appeared that fiercely attacked and sank the Essex ship. Homeland production film that takes the theme of the life of fishermen in eastern Indonesia. Choosing Wakatobi as the shooting location for this film, the film The Mirror Never Lies tells the story of a boy named Pakis who always waits for his father, a Bajo fisherman, to come to the sea village of Wakatobi. In addition to presenting the beautiful scenery of Wakatobi, this film also describes the life of the Bajo fishing community and its philosophies.

Next up is the sci-fi-themed film The Fisherman. Tells the story of a fisherman named Wong, who has to work extra hard to catch fish in the ocean. In order to survive and pay the ship’s rent to the ship’s owner, Wong finally experienced an extraordinary incident while fishing on the high seas. While catching fish, Wong came across a very fierce sea monster.

A River Runs Through It Regarding fishermen who work fishing, the film A River Runs Through It is a drama film adapted from Norman Maclean’s novel. Tells the story of two boys named Norman and Paul, who grew up differently. When there is a problem Norman is known as a calm person while Paul is more rebellious. Although their nature is like heaven and earth, these two brothers have the same hobby, namely fishing. The beautiful scenery in western Montana, United States seen in this film even made the film, starring Brad Pitt, get the Best Cinematography award from the Oscar film award event. Low and Clear is a documentary film by Kahlil Hudson and Tyler Hughen. The film, which was released in 2012, showcases the beauty of the American landscape. This 81-minute film tells the story of the bond between two men who work as fishermen or fish anglers. What’s interesting about this film is that it describes in detail and in an interesting way the art of nimble fishing in the middle of the British Columbia river.